Next steps to take after an insurance claim is denied 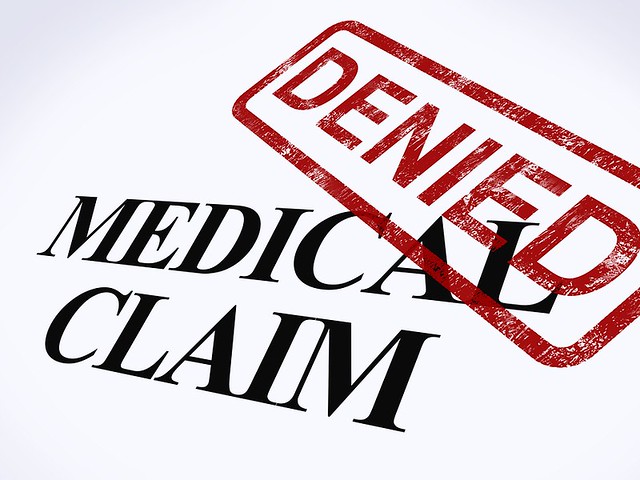 Whether attending a routine appointment or undergoing emergency surgery, many of us rely on health insurance to cover the bill. There are times, however, when insurance claims are denied, often for reasons unclear. According to the American Medical Association there are tens of millions of such denials each year. As it turns out then, having your claim rejected isn’t that unusual and there are steps you can take if your insurers decide not to pay out. The first thing to do after receiving a letter of denial is to check the details of your policy, particularly the small print. Your denial letter should include what’s called an ‘Explanation of Benefits,’ which tells you what your insurer paid and what they didn’t, typically with a reason why your claim was rejected. It’s important to check the insurer’s reasoning against the details of your policy. If there is a discrepancy, the next step is to call your health care provider’s billing office. Explain that the details in your denial letter do not match your policy. At this stage you should also check that your claim was coded correctly as in some cases denials are caused simply by the wrong claim code being used. If this is the case, ask the billing office to resubmit your claim using the correct code. If after speaking to the billing office you are still unsatisfied with your insurer’s decision, you can submit an internal appeal. This involves either filling out a form supplied by your insurer or sending a letter to your insurer outlining your argument along with any required evidence. Reasons for disputing your denial might include the use of an out-of-network provider (one not covered by your policy) because that provider is the only one in your area offering the services you require. Other reasons might refer to a specific prescription drug you have used or a certain part of your treatment for which your insurer requires further evidence. Bear in mind, you’ll need to send your appeal within 180 days of the denial. For services you have not yet received, your insurer has 30 days to respond to your claim while for services you have already received your insurer has 60 days. In the case of a medical emergency, insurers may respond within a few days. For more details on the process involved in appeal, have a look at the government’s Health Insurance Marketplace website. If your internal appeal is refused, you also have the right to request an external review. In some states, external reviews are conducted by independent review organizations while others will be overseen by the federal Department of Health and Human Services. Often, details on how to request an external review are included in your Explanation of Benefits, which is included with your denial letter. If not, contact your state’s insurance commissioner’s office. If your insurer is still refusing to pay out, and you feel strongly that your denial is unjustified, you can contact an attorney. Of course, taking legal action might not be worth the hassle for smaller claims and often the most prudent approach is to look for another insurer. Not all insurers are the same and some are more generous than others. When looking elsewhere, be sure to cross-check policy details and if in doubt, call up the insurer to clarify the cover on offer. Whether your claim is eventually paid or denied, you can always negotiate your portion of the medical bill, both with the insurer and the hospital billing department.  Many people don’t realize that medical bills are negotiable and prices for the same procedure vary wildly from doctor to doctor within the geographic region.  You can often get large bills down to a more reasonable rate but it is best to act quickly and arm yourself with the details of your procedure and your medical history to make your case.  If this sounds too intimidating, on’t be afraid to seek out the help of a medical billing advocate, a professional who can help you navigate the medical billing system.