Genes and Your Money: Are they connected? - Genivity

Already a member? Login...
We're so glad you're here.

Not a member? Signup...
Welcome back!

Genes and Your Money: Are they connected? 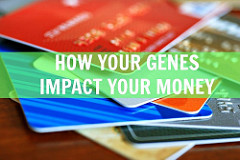 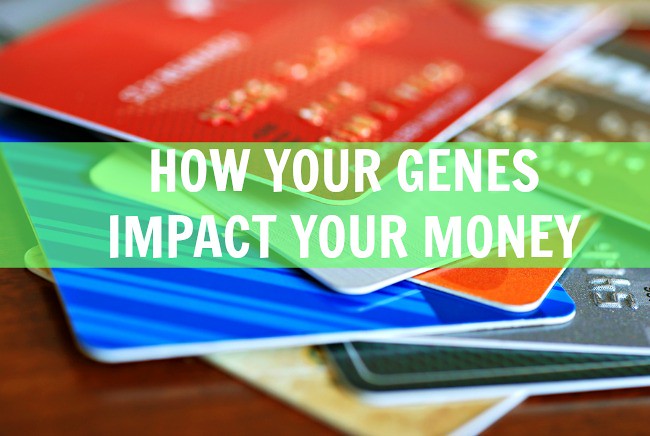 Have you ever wondered why you can’t seem to break out of a credit score range? Do you seem to save, spend and invest your money just like your parents or siblings? Have you ever thought that the choices you make about your money might have something to do with your genes? A study conducted by researchers at Northwestern University, Vanderbilt University and Stanford looked at a particular gene called 5-HTTLPR to see whether or not this gene affects the choices we make about money. The researchers, led by Brian Knutson at Stanford, gave 60 people quizzes to test their cognition, looked into which people were more likely to invest in risky stocks, and analyzed how prone their subjects were to anxiety. Previously, researchers showed that a short version of the 5-HTTLPR gene was seen in people with anxiety and people who take fewer risks with their finances. Using DNA collected from each of the people in the study, Knutson looked at which people had a short version of the 5-HTTLPR gene, and which people had a long version of the gene. Knutson and his colleagues thought that people who have the short version of this gene might be less likely to take risky financial decisions, partly because they tend to be worriers. They found that the people in their study with the short version of the 5-HTTLPR gene on average had the same level of income, the same education level and the same cognitive abilities as people with the long version of the gene. However, people with the short 5-HTTLPR gene were much less likely to make risky financial decisions – they tended to have only a few investments and kept more of their money in cash. The scientists figured out that this tendency to shy away from risky financial moves was driven not just by a fear taking risks, but also by feelings of anxiety, self-doubt, and worry in people with this particular genetic makeup. However, the researchers note that many things, besides just genetics, influence how people make financial decisions. One of the most important things you can do, even for those with the short version of this gene, is educate yourself about investing. Figure out some easy financial steps you can take today to help get your finances in line. So don’t worry (even if your genetic makeup predisposes you to anxiety), and learn more about what you can do to make the most of your money.